Woman(Germaine Dzenjoh) cries out from Kondengui for being unjustly detained since 2017!

Home » Woman(Germaine Dzenjoh) cries out from Kondengui for being unjustly detained since 2017! 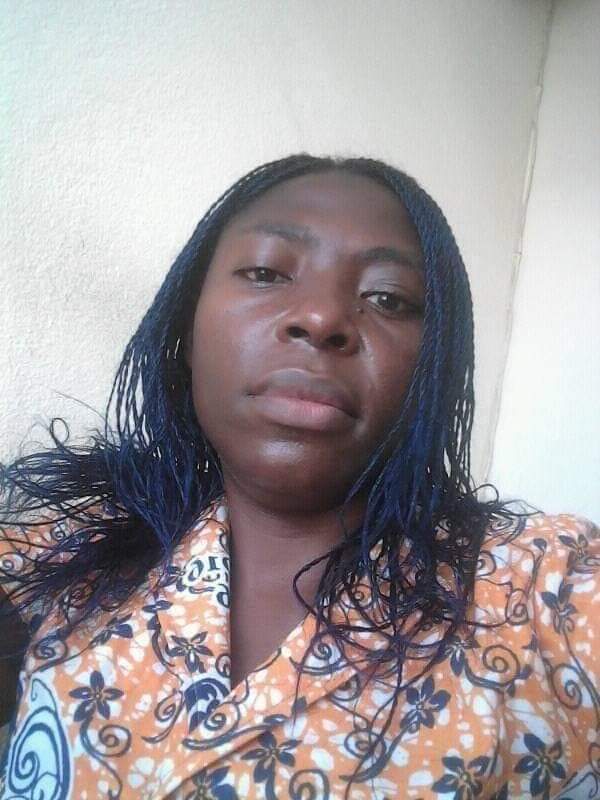 “My name is GERMAINE DZENJOH.

I was arrested in Limbe on the 21st of September 2017. On this day, more than 20 armed men came to my job site at about 6:30pm. They intimidated me with their guns, slapped me, took my hand bag containing my purse, my phones and money, then took all the data processing accessories at my job site, handcuffed me and whisked off to the police station at Bota, where they asked me to identify some boys i didn’t know.

From here, i was driven to my house in the same condition, where my house was ranksackled by the same men, who took along money amounting to four hundred and ninety-two thousand francs CFA in cash, and my phones with the sum of four hundred and fifty thousand francs CFA in my mobile money accounts. They also took away my personal documents in the house, and i have no idea where they ended up, since they were never handed back to me.

During the first week, i was asked to identify a group of boys said to be Ambazonians, then was accused of sponsoring the said boys in question.

I explained to the interrogators that i operated a business which included money transaction (Mobile money) so my account was used by these guys to collect their money, but that i wasn’t a sponsor.

After serious turture to enable me denounce these guys i did not know, i was hence transferred to the Judicial Police station where i was kept for two months behind closed doors and fed like a dog.

I was later transferred to the Kondengui Central Prison on the 1st of December 2017 where I am till today.

Communication with the Outside World from Prison is awfully difficult for me since my detention. I have prayed and hoped that the mystery of the false accusations which led to my arrest be solved. I have hoped to reacquire my dignity, so i resume with normal life. Yet, no change so far. I am a Single mother to a ten years old boy. My family is very poor, with no one to assist them financially or otherwise; so has been unable to see to my release; though i must admit has tried everything possible for it. My mother had to borrow almost two million francs CFA to secure my release, which was futile, and the money was never refunded.

Now I am counting on everyone, every single noble hearted person out there, who reads this Post (my cry out for HELP),

to say or do something at their best, so that i am released. My fear is dying here unjustly, like some useless animal. Of which i am not.

I am barely a young woman and mother, who started off a small business to feed her family.”

She has been summoned to court on several occasions but no judgement has been passed on her case. Her next court appearance is on July 17th. For anybody who wants to help her in any form, contact:cameroon.american.council@gmail.com